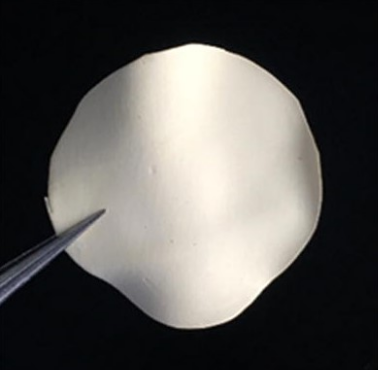 Inadequate water-stability and antibacterial activity limit the biomedical application of polyvinyl alcohol (PVA)-based membranes in moist environments. In this work, we propose a strategy to improve the water-stability of PVA membranes via metal complexation and heat treatment. We report a simple routine where the zirconium-based UiO-66-NH2 metal-organic frameworks (MOFs) are nucleated as a layer on the surface of PVA nanofibrous membranes (UiO-66-NH2@PVA NFMs). We find that the chemical modification of membranes increases their hydrophilicity and adds on mechanical support for the brittle UiO-66-NH2 MOFs. Additionally, we demonstrate the application of UiO-66-NH2 MOFs as drug carriers for antibacterial drug, levofloxacin (LV). The active drug component is preloaded during the one-step nucleation process. The obtained LV loaded UiO-66-NH2@PVA NFMs (LV@UiO-66-NH2@PVA) are shown to be bactericidal with the efficiency > 99.9% at 100 \(\mu\)g/mL against two bacterial species, Escherichia coli (E. coli) and Staphylococcus aureus (S. aureus). Compared with the commercially available gauzes, the UiO-66-NH2@PVA and LV@UiO-66-NH2@PVA treatments will significantly improve the wound healing process. Animal studies show that the LV@UiO-66-NH2@PVA will effectively offer a safe alternative solution for the patients to protect against bacterial infections, demonstrating the potential application of MOF-based NFMs as wound dressing agents.